A few weeks ago, I acquired a damaged Thinkpad T440s that lived its previous life as a company laptop in my workplace. To make this post less boring, I'll start referring to my new (to me) laptop "Compass".

I've been looking for a personal laptop for about a year. Several times I had resisted buying one because I felt that none of the flagship laptops had specs I liked. I wanted a no-frills, durable, repairable piece of hardware. Big bonus if it ran cool under low load. 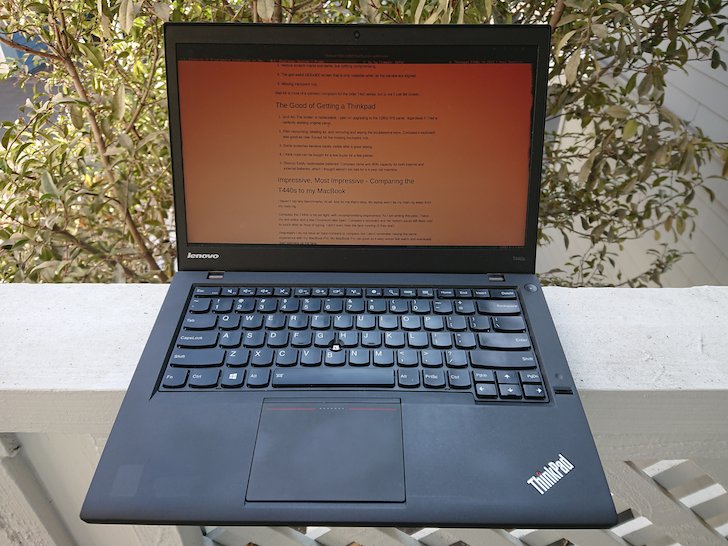 I had a MacBook Pro (2013) that I used for more than a year. It was well loved and was the best laptop I've ever had.. except that it didn't run Linux and it gets hot even with the lightest of loads. Eventually, I gave it to my girlfriend who needed a new MacBook after hers broke.

Since then, I've been barely functional on the go. Sometimes I shamelessly borrow someone's laptop to send a long email, more often I tried to make do with my dad's barely working Dell Inspiron (i3, touchscreen, 4GB RAM). I tried to justify not having a laptop with "You shouldn't be working away from your main rig".

That justification still holds true, I only plan to write a few things here and there (such as this post), fix minor bugs, real emails, and basically not do real work/gaming on my would-be new laptop.

I don't need features like a touchscreen, but I need a screen where I could actually read. I don't need a thin, metal, unibody laptop weighing 0.5lbs. I need a laptop that can withstand travel, hold its charge, weigh reasonably, and stay cool as I type on a text editor. Lastly, I am unwilling to type on a "bad" keyboard (cough cough MacBook w/ Touch Bar). A furious reddit search for my new portable companion led me to /r/thinkpad where I lurked.. and learned about my almost dream laptop, the T470. However, at $800+ USD for a previous generation machine, it wasn't hitting the right notes for me.

I ran into a few recommendations on /r/thinkpad that companies just throw away old hardware and that IT hardware admins will give these to you (for free or for a low price) if you ask nicely.

And ask nicely I did. It took a few tries looking for the right people, a few weeks jokingly reminding them "So.. where's my laptop?". Our hardware guy did a some due diligence such as making sure Compass is not used by anyone in the company, if Compass contained company data, and possibly more that wasn't mentioned to me. 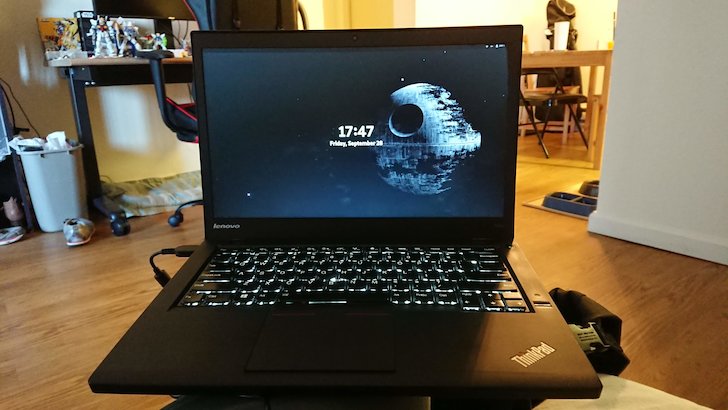 I watched Compass's SSD get reformatted and reimaged with Manjaro Linux. Our admin gave me a spare old Lenovo charger and from then on Compass was mine.

The Bad of Getting Used Hardware

After work that day, I spent my night tinkering with Compass and noted her imperfections that I had not seen earlier. Lucky for me, I don't think they're deal breakers at all, especially for a free laptop. 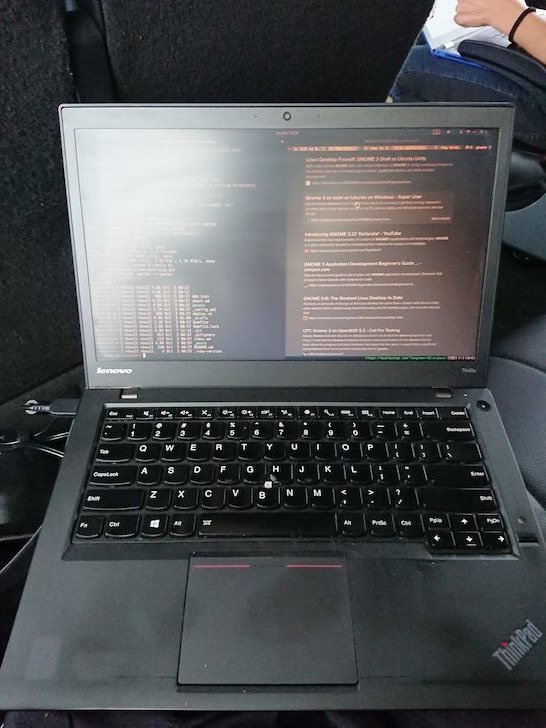 . Dead (?) pixels covering the upper right corner of the screen. . Several keys feel too stiff or too loose. . Various scratch marks and dents, but nothing compromising. . The god-awful 1600x900 screen that is only readable when all the planets are aligned. . Missing trackpoint nub.

Well #4 is more of a common complaint for the older T4x0 series, but to me it just felt broken.

The Good of Getting a Thinkpad

. (and #4) The screen is replaceable. I plan on upgrading to the 1080p IPS panel, regardless if I had a perfectly working original panel. . After vacuuming, blowing air, and removing and wiping the troublesome keys, Compass's keyboard was good as new. Except for the missing trackpoint nub. . Some scratches became barely visible after a good wiping. . I think nubs can be bought for a few bucks for a few pieces. . (Bonus) Easily replaceable batteries! Compass came with 80% capacity for both internal and external batteries, which I thought weren't too bad for a 4-year old machine.

Impressive, Most Impressive - Comparing the T440s to my MacBook

I haven't ran any benchmarks. At all. And for me that's okay. My laptop won't be my main rig away from my main rig.

Compass the T440s is fat yet light, with uncompromising ergonomics. As I am writing this post, I have my text editor and a few Chromium tabs open. Compass's keyboard and her bottom panel still feels cool to touch after an hour of typing. I don't even hear the fans running (if they are!).

Regrettably I do not have an hard numbers to compare, but I don't remember having the same experience with my MacBook Pro. My MacBook Pro (as good as it was) would feel warm and eventually start spinning up the fans.

Pressing Compass's keys is extremely satisfying. There's a lot of travel and the keys are of the perfect width. My old MacBook had excellent keys as well: considerably less travel, a little narrower, and felt very responsive. 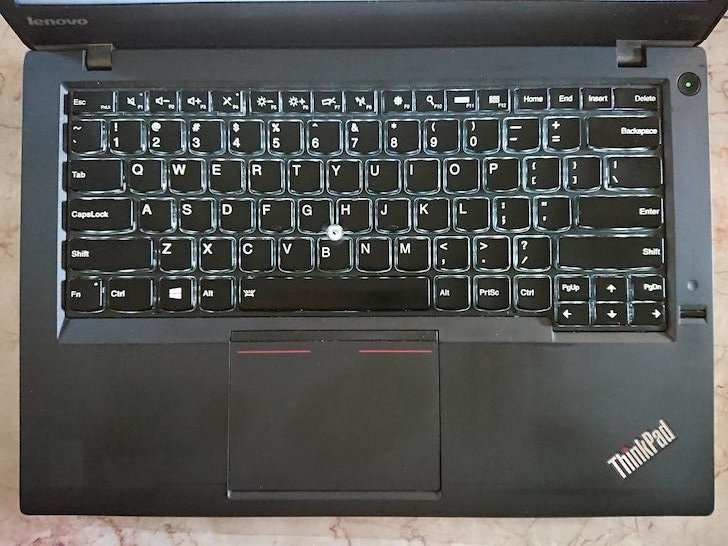 I'm using Manjaro Linux with Gnome 3 as my desktop environment. With my old laptop that had an i3 CPU, Gnome was sluggish and was barely usable. On Compass, Gnome 3 feels just as smooth as my desktop (Ryzen 1600x CPU). I've yet to experience any random slowdowns or sluggish behaviour even while using 4 workspaces, which usually include Slack, a few Terminal instances (or tmux), qutebrowser with several tabs (including YouTube), keepass password manager, and StandardNotes.

With that workflow, the batteries Compass came with only last about 3-4 hours. My MacBook does very well with this workflow, lasting about 8 hours!

Some upgrades I'm planning to make are:

Compass the T440s is a great laptop even without doing these upgrades. The upgrades can wait!