2021 Update: I sold my Ergodox EZ for ~$150. It has served me well over the years. It yellowed significantly over 4 years. I have downgraded to a Keychron K8 with Brown Switches.

After a month of waiting, my Ergodox split keyboard is finally here! At $295 for the new Ergodox Snow bundle with Gateron White switches, it's definitely not for the faint of heart. I decided to splurge as I spend a lot of time on my home workstation.

The Ergodox shipped around 2-3 weeks after purchasing from ergodox-ez.com. Delivery took 2-3 days from Taiwan to Los Angeles, CA. 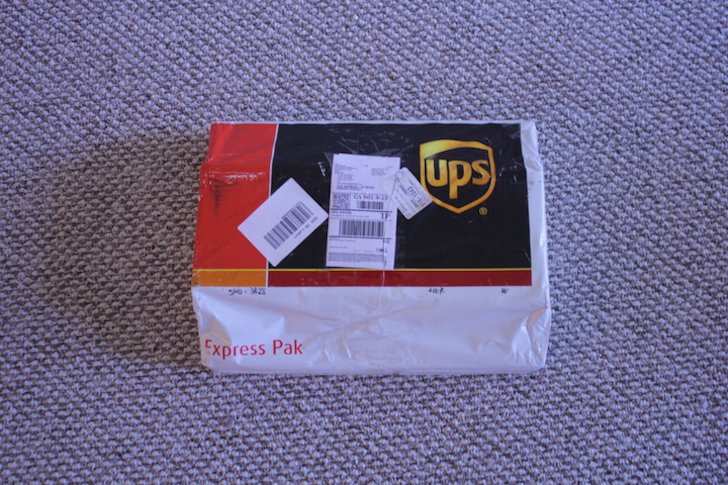 The UPS packaging was solid, as it protected the actual boxes from scratches. There were some minor dents on the boxes though. 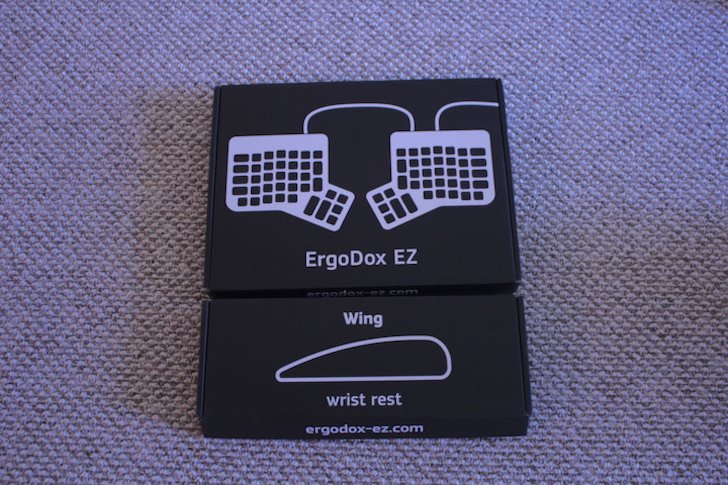 I was disappointed at the lack of documentation that came with the Ergodox. Thankfully there's nothing to assemble, even the tents come attached! 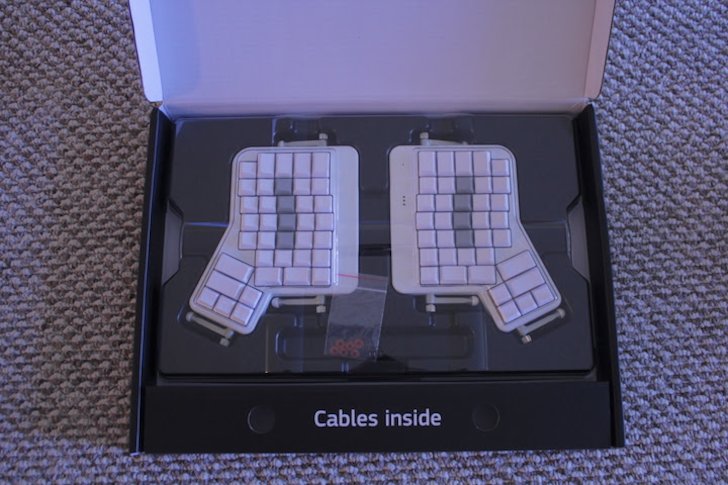 I like that it's ready to go out of the box. I guess that justifies the lack of documentation!

But first, some photos! 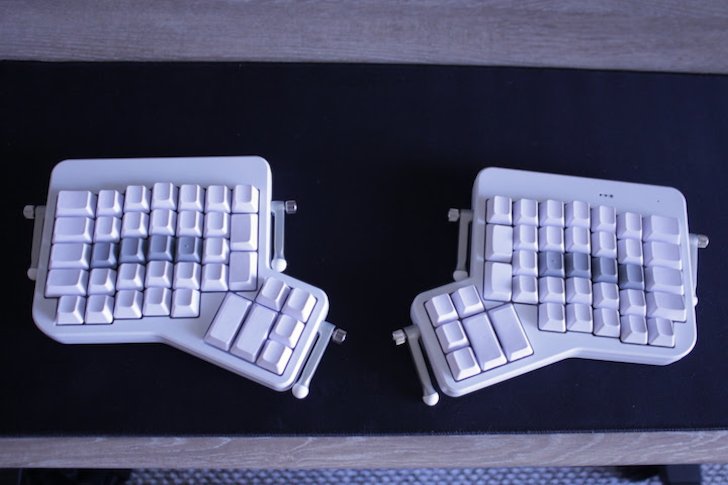 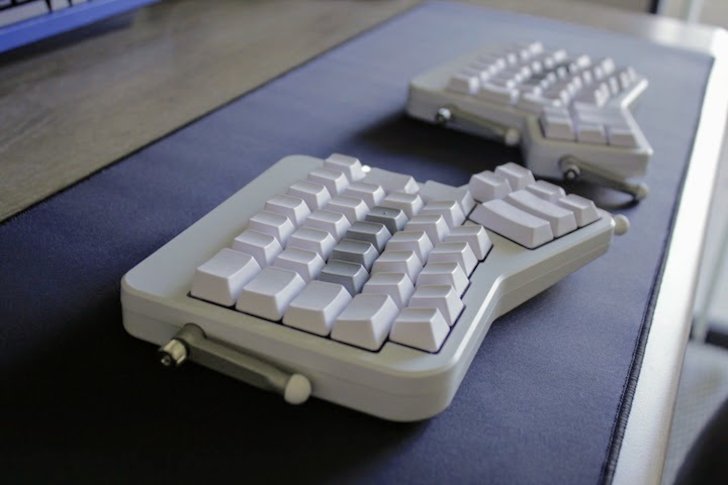 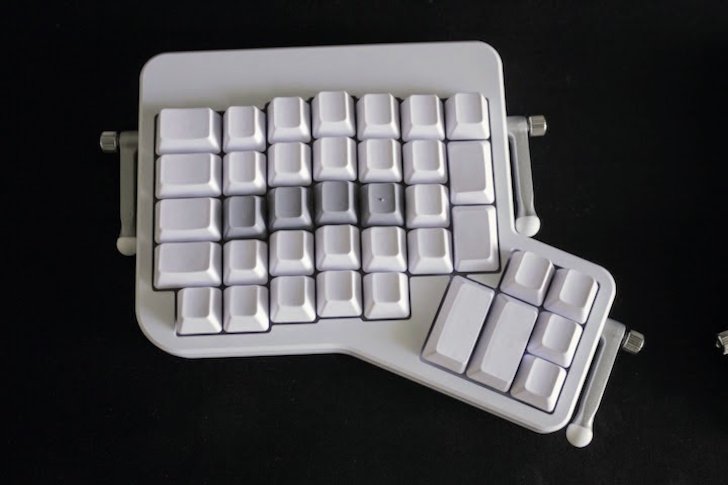 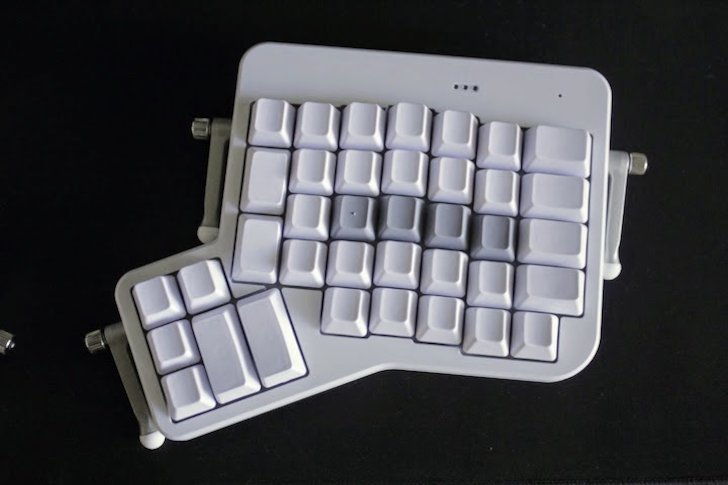 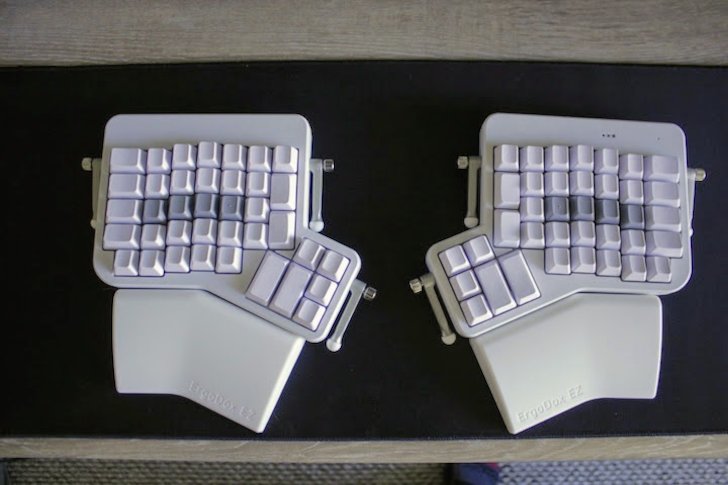 The body of this ridiculously expensive keyboard feels reasonably rigid. Everything from the tents, the cables, and the rubber feet do not feel flimsy at all. Weight seems to be distributed well around the body. I don't feel any shaking or the keyboard sliding as I type.

The switches feel really nice. The Gateron White switches are supposedly really light, only requiring 35g of force to actuate. I chose them as Gateron Blue switches are too loud (otherwise they would have been my first choice) and I really like the feeling of light linear switches.

The good about them is that they let the user tilt and angle the Ergodox in a lot of ways. The bad is that they sort of grind when you rotate them after tightening. After removing the tents, I noticed some metal powder coming out of the holes. Yikes! They hold the keyboard up nicely, as long as you don't put your entire weight on it.

Edit: After giving the tents another chance, I realize that they help a lot in making your hand placement more natural. I set the tents to lift the inner side of the keyboard and lower the outer side. See photos below. 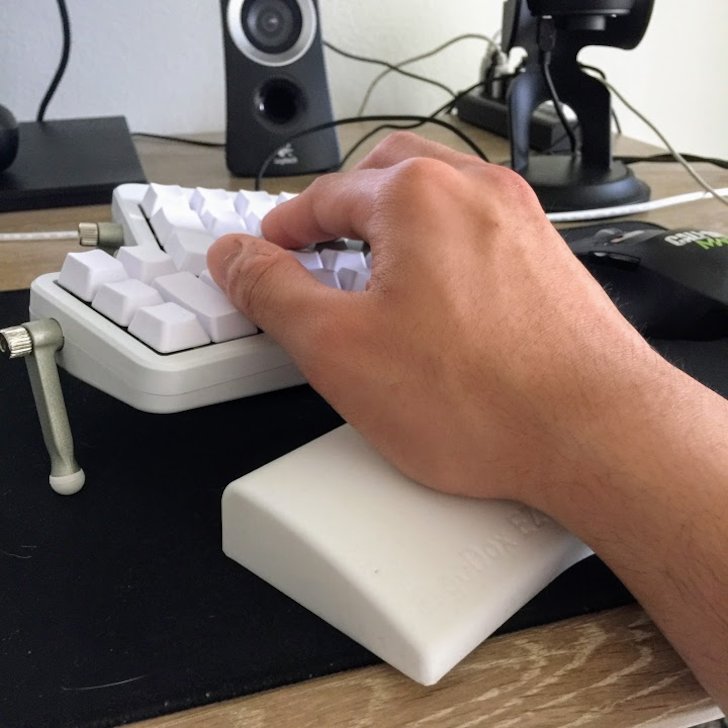 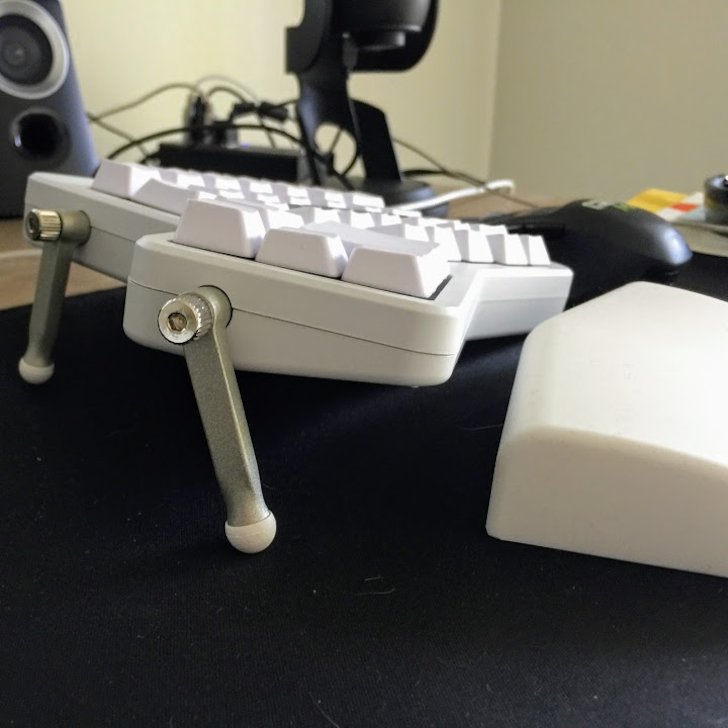 The wrist rest (called Wing) is made of some rubbery feeling material. It's amazing because it's not too soft and is angled perfectly for the keyboard. It weighs heavier that it looks, but that's a good thing! The wrist rest's weight seems to help it stay in place. It feels REALLY good. That said, it is very solidly made with no cosmetic imperfections.

I highly recommend getting the bundle just for the wrist rests alone.

The default configs were pretty usable, but I found myself wanting more. Personally, I don't like the idea of keys sharing a modifier and a command (ex: Z and CTRL share the same key). It was pretty cool at first, as holding the key would activate the modifier (CTRL) and tapping activates the command (Z). However, it felt wrong and I like my modifiers at a familiar place away from other keys.

I spent about 2 hours remapping my keys using the configurator from the Ergodox-EZ website. It was time well spent as I feel great about my new configs.

Even after customizing, I still need practice with the Ergodox :P I still type really slow and make a ton of typos. 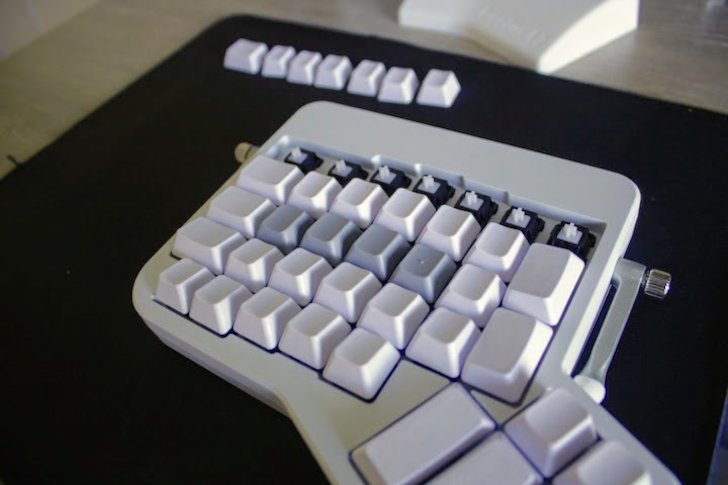 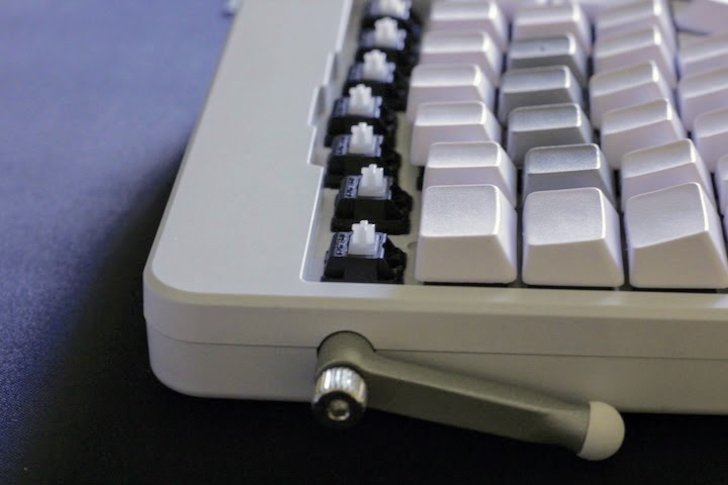 I like how the keycaps were marked to help the user identify how the keycaps go in. This was particularly helpful to me, as I have blank keycaps! The yellowing is from the sunset and bad photo angles.

I had one or two keycaps with weird excess plastic in the bottom. It's not noticeable while typing, but it would have been nice to not have. 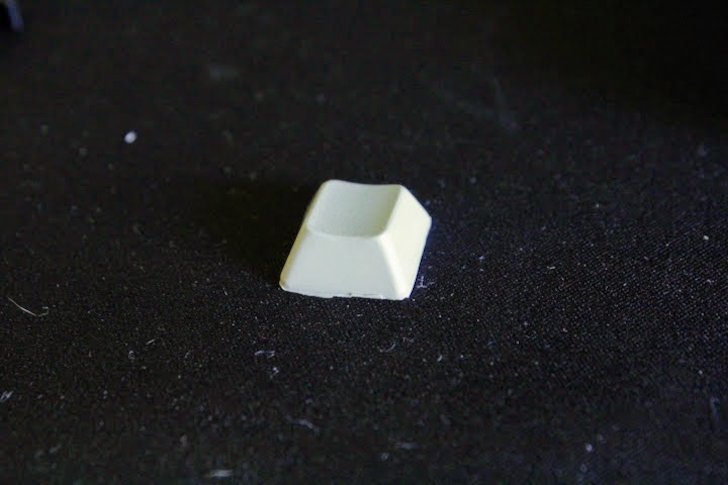 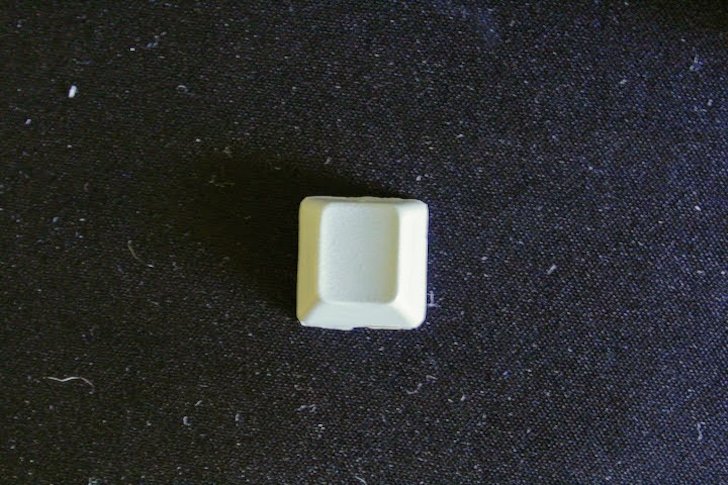 I've always thought it was weird to have multiple stems for 1 switch. Not a big deal as the thumb cluster feels fantastic. The cords are decent enough. They feel solid and rigid, but nothing crazy. They are a good length and should be good for the majority of users. 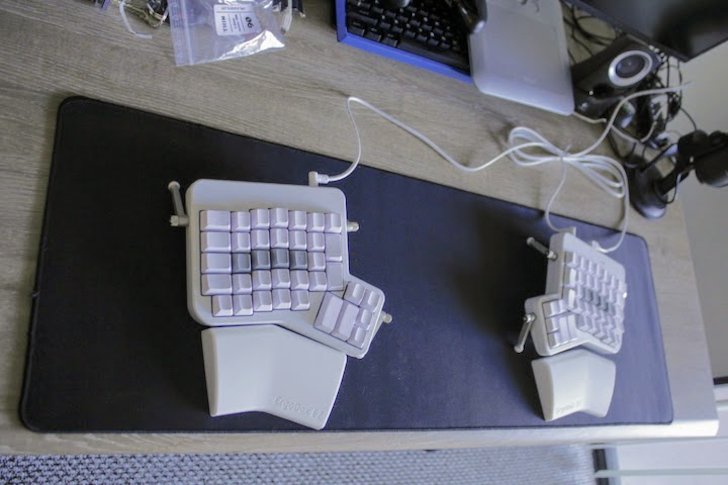 O-Rings for Extra Silence (Not Included in Bundle)

The Gateron White key switches are fairly silent (as any other linear switch). However, I wanted a quieter one! So I bought some 1.5mm thick o-rings from LPWL. All the rings I received were perfect and worked amazingly. 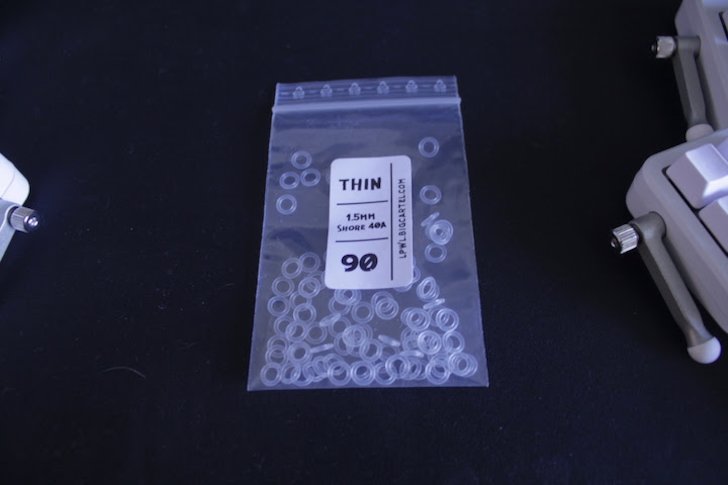 Here's a sound test of the Ergodox with (top row) and without the o-rings. 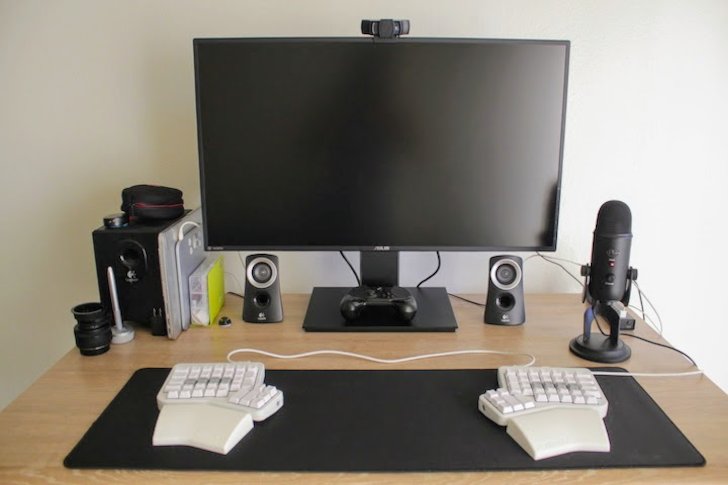 The Ergodox-Ez is awesome. It's solidly built and gasp ergonomic! It definitely takes a while to get used to, but once you do, it's hard to go back. At $295, it's hard to recommend to the casual user. Power users will feel right at home especially after customizing.

So if you have money.. give the Ergodox-Ez a chance, maybe even get the DIY Ergodox Infinity kit from Massdrop.